Don’t Get Locked Out!

Understanding which lock function a customer needs can mean the difference between a happy customer or an unhappy one, if the lock doesn’t function how they expected.

The function is the mechanical behavior of the lock. The need (or not) for security on the door opening dictates what type of function is required. A door to a coat closet typically requires less security than a door to a mechanical room. As buildings become more complex, door openings and therefore door hardware also does . We offer over 35 ANSI functions that 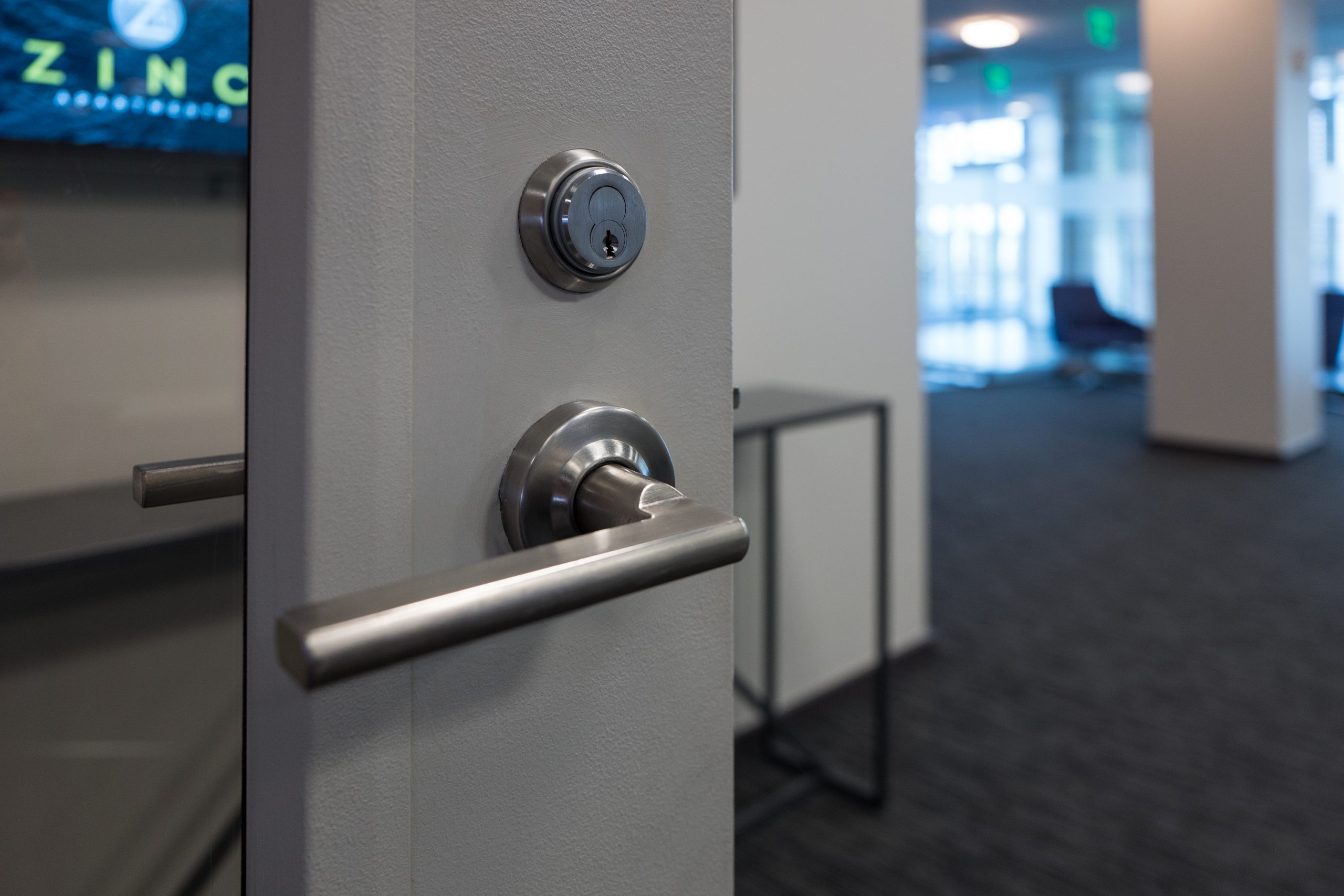 Per the Builders Hardware Manufacturers Association (BHMA) the functions are described as follows:

The Pros: Both have free means of egress from inside the room to the outside.

The main difference is how each function locks.

As an example, this lock function would work on a back exterior door to a small office building where the door stays secured as employees leave the building.

It is easy to be locked out with this function so be careful.

F82A (Hager 50) – Office function: Since most employees don’t walk around with keys or card readers all day within their office area (unless it is a high-security facility) this  function is a good choice for an office door. The outside lever can be locked by pushing the button on the interior lever or with a key from the exterior. The push button does not turn. A key is used to unlock the lever or simply turning the inside lever also unlocks.